Announcement! Welcome to my store

The Bang Rule :Ultimate guild of seduction for men

I have two friends who are almost alike. As in, they resemble themselves for many angles.
I will call them James and John (Not their real names)

Here is the only difference between them?

Girls flock around James like flies. They love him, they throw themselves at him, and about a couple of girls had even fought over him in the past. Some of the girls even go as far as buying things for him and trying to tie him down by getting pregnant for him.

As in, he is a real player who effortlessly gets girls interested in him.

BUT JOHN ISN?T THAT LUCKY?
Getting a girl is a big wahala for him. And for the ones he MANAGES to get; the way they play him is very touching.

He buys them things, tells them how much he loves them, shows them that he really cares for them. And these girls hang around for a while then either dumps him, tell him they don?t love him or out rightly cheats on him. This happens with every single girl he has ever liked.

Some hang around him for a while, allow him to spend on them and then they send him an IV to their wedding with some other dude.

SO WHAT IS THE DIFFERENCE BETWEEN THE TWO
Why are they so alike, and yet, have different results with love?
What is James?s secret?
That is what I will show you?infact he uses ONE main trick.
THE TRICK is this: He becomes emotionally superior to the babe he is interested in.
What do I mean?
Now come with me?.
?.BECOMING EMOTIONALLY SUPERIOR TO A BABE:
Girls love to be chased. They love to play hard to get ? it?s their nature.
Sometimes their shakara is quite normal.
But some other times; they do the shakara for you because you irritate them and they don?t want you around. They do it so they can put you off.
If a girl ignores your calls,
Ignores your chats,
Doesn?t want to go out on a date with you,
Never agrees to visit you,
Cheats on you,
Acts cold on the phone with you,
Talks to you in a harsh tone when you talk to her,
Doesn?t agree to give you her number after you have asked her twice for it?
If she does all these - She is not playing hard to get this time, bro, she actually finds you irritating. That is the hard plain painful truth. She finds you so irritating that the only thing she wants to do is to give you those attitudes so you can just ?free? her.
If you get this same behavior from MOST girls you approach, then you are like my friend John
But don?t worry ? I am about to show you what will put a stop to it forever (Yes, I said it. forever). 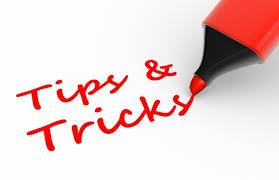 Other Guys praise her ALL THE TIME.
Other Guys try NEVER to offend her.
Other Guys say ONLY nice things to her.
Guys call her to ask her why she doesn?t reply their calls.
Other guys BEG her to love them?
All these are horribly boring to a girl when she gets it, trust me. She might like it at first when you do them, but it will still become boring with time ? guaranteed.
The trick is never do any of these things other guys do, but rather, do the direct opposite.
Why?
Because the old method of praising girls, telling them how you feel about them and buying things for them to get them to fall in love dosen?t work anymore ? it might have worked when you were a teenager but, guy, babes don wise up ? as they grow older they become more ?akpo?.

If the old method of always trying to impress girls works then the girls you?ve chased in the past for dey trip for you die ? think about that.
So for instance, instead of praising a girl ? tease her.

Don?t say: ?You are beautiful? (It?s a dry praise she hears all the time. In fact she has heard it so much that it just boosts her ego without making her feel anything for who said it)

Turn it around and make it more sexier by saying something more manly:

On a date you can say something like: ?on a scale of 1- 10. For your face, I will give you 5 points. I will need to see some qualities in you before I give you the other 5 points?

Now, if you keep face like mess and say this to a girl she will think you are an arrogant idiot. The trick is to say it playfully ? smile, relax and say it.  For more examples on how to use words to make a girl fall madly in love, that is where my website www.straffcode.com and my ebook The Bang Rule comes in.
Now, going back to the example I was prevoiusly talking about, Most times when you say that line to a girl she would go like: ?For your mind. Anyway, what are the qualities sha??.
And like that, you?ve hooked her?

You could throw in more teasing to turn up the tension by saying ?Quality number one: give me 6 twins at a go for 2 points?.
So why does this works so well to set you apart from other guys?
It is simple plain psychology ? human beings only LOVE interacting with people who are on their level or above their level (In my ebook I explained how to use this to your advantage to get yourself a pretty girlfriend. To get the ebook today call my sales manager on 07031839129 or watsapp 08158068422 or send ?How can I buy Bang Rule? to charlesnnejiofficial@gmail.com)
Trying to impress a girl you are chasing is like walking into her room crawling, with your hands stretched out as you beg for attention.
It makes a girl see you as someone below her. And it kils every single chance of her ever developing feelings for you. This is exactly why those girls you do these things around keeps turning you down
Also, this method of doing the direct opposite of what other guys do around girls makes a girl go like WTF. Why is he so different from other guys, there must be something special about him ? that?s just why he would behave this way.
Now, of course, there is a certain way to go about being different so as to attract the girl to you. I explained it in detail in my ebook The Bang Rule.
MORE EXAMPLES FOR PROJECTING EMOTIONAL SUPERIORITY 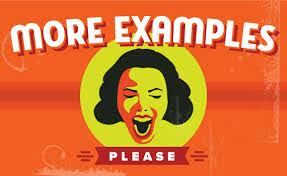 -#1. Never tell a girl how you feel about her TOO EARLY. I will keep saying this. Before you tell a girl how you feel about her you have to be sure she feels two times the same way for you. In my eBook, The Bang Rule, i explained 3 steps you have to take before you let a girl know how you feel about her.
Follow those 3 steps in the exact way i explained them in the eBook and she would never think of friend zoning you or turning you down.
- #2 Stop Seeking Her Approval. Even if you did not get any other thing from this article - just get this. I don't preach disrespecting ladies, but still, guy - you are the man, not she. When you take your whole power as a guy and give it over to her, you are shooting yourself in the leg.
Some of the way most guys make this particular mistake is:
- They call a girl up and beg her to see them. Like, they beg.
- They beg a girl to call them. I overhead a guy saying something like this to a girl on phone one day: "Call me now, you never call me. Call me now"
Haba na. When you BEG a girl for her attention you are handing your power to her and girls Never date a guy who is that "weak"

MORE EXAMPLES:
1. Instead of telling a girl you want to fix a date with: ?Can we see tomorrow? (this is weak). Say instead: ?I decided to take myself to the movies tomorrow; I want someone interesting to go with. You just won the chance. If you say no, I will bite your nose?
(This projects you as someone who is in control. You are choosing her, she is not choosing you. Girls love guys they can?t control. I know this sounds weird but it?s the truth, and most girls won?t admit this but it?s still the truth. Deep down they know it)
I exposed more examples in my eBook, The Bang Rule, on Pages 59 ? 66
BUT THERE IS A PROBLEM.
Due to piracy issues and because I and my sales team wouldn?t want this ebook to fall into the wrong hands, this ebook would sell for just 14 days starting from today. Also, once we reach a certain number we would put a hold on selling the ebooks for a really long while. In as much as I would really want everybody who is interested in this ebook to get it, that wouldn?t be possible.
Buy Now

You can only give a review if you've ordered this product, this helps promote honest feedbacks